From LA LINEA VERTICAL we have already made official the agreement reached with Watad Group Enterprises for the creation of a joint venture that will provide in the Persian Gulf services of work at height and difficult access through the application of the most advanced techniques in positioning by rope.

Both companies have created a company in Qatar, called Vertical Line, 51% owned by Watad Group Enterprises and 49% owned by LA LÍNEA VERTICAL. Vertical Line will operate, above all, in sectors such as engineering and infrastructure, mainly in the Qatari country.

Last December 1, 2021, we held a fraternization lunch and launch of the project between the General Directorates of LLV and WATAD in Madrid, a visit that in 2022 we will return to Doha, Qatar.

In this alliance we combine our leadership and international growth, with the deep knowledge of Watad Group Enterprises, as a local partner, of the Persian Gulf industry, especially of Natural Gas, a market with enormous potential.

Qatar is the third country with the largest gas reserves in the world, after Russia and Iran. Most of these reserves are located in North Field, an offshore field, north of the peninsula of Qatar and catalyst for a constantly growing market. 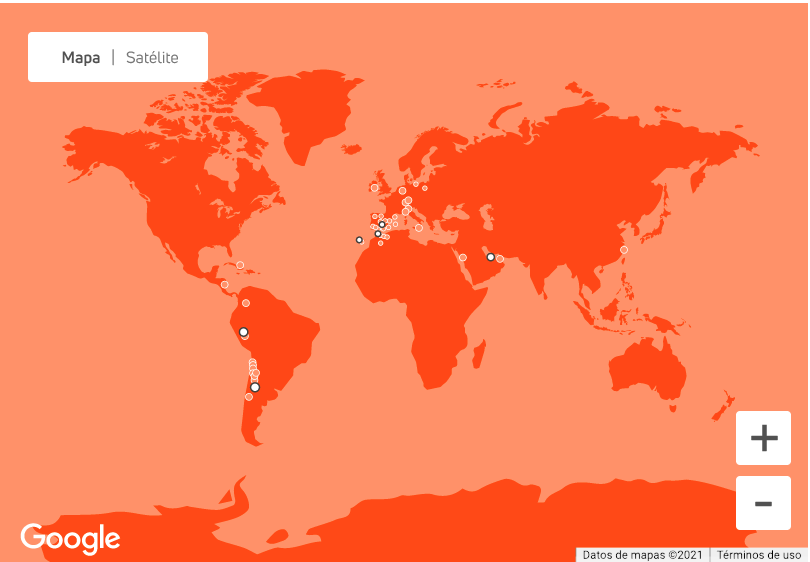 The leading producer of liquefied natural gas in the world

We are grateful to Watad Group Enterprises for the trust placed in our company, especially that it has valued “the experience and prestige“, as they highlighted, of our company as “specialist in the access and applied positioning by rope, among other services, to the inspections through Non Destructive Tests (NDT) of industrial facilities, as well as the maintenance of chimneys, torches, tanks and spheres”.

Watad Group sums in the joint venture the innovation and excellence of our company to its robust track record in sectors such as engineering, infrastructure and construction, in addition to its expertise in identifying business opportunities in the Persian Gulf both in the public sector as private.

For LA LÍNEA VERTICAL, the alliance with Watad Group Enterprises not only means to enter in the Qatari and Persian Gulf market, but also our positioning as a leading company in work at height, contributing this way to the successful international expansion that we have experienced in the last years.

We are already present in countries such as Chile, Peru, Germany and Austria. And it is a huge challenge to start this adventure in the Persian Gulf. A great international recognition that highlights the sustained business expansion that we have developed in the last twenty years until being from Cádiz, from Campo de Gibraltar, from La Línea, an international benchmark in safety at height and industrial rescue.